Strange invaders land on the shores of a peninsula known for its independence; rumors about their true purpose are numerous and varied. Two old friends reunite after more than a decade, brought together by a young man looking to advance himself in the world.

Our book is a consolidated collection of Actual Play fiction for a Burning Wheel campaign that ran for more than sixty sessions over the course of two years.

Eloy Cintron was GM. Neil Goodrich (Alistair), Jose Lozada (Aedan), and I (Gyles) were players. Along the way, Neil Goodrich wrote actual play reports as stylized fiction, and the rest of the players contributed some content, as well.

Now, Neil has bound that content together as a beautiful book. Totaling 608 pages, it’s even larger than Burning Wheel itself. 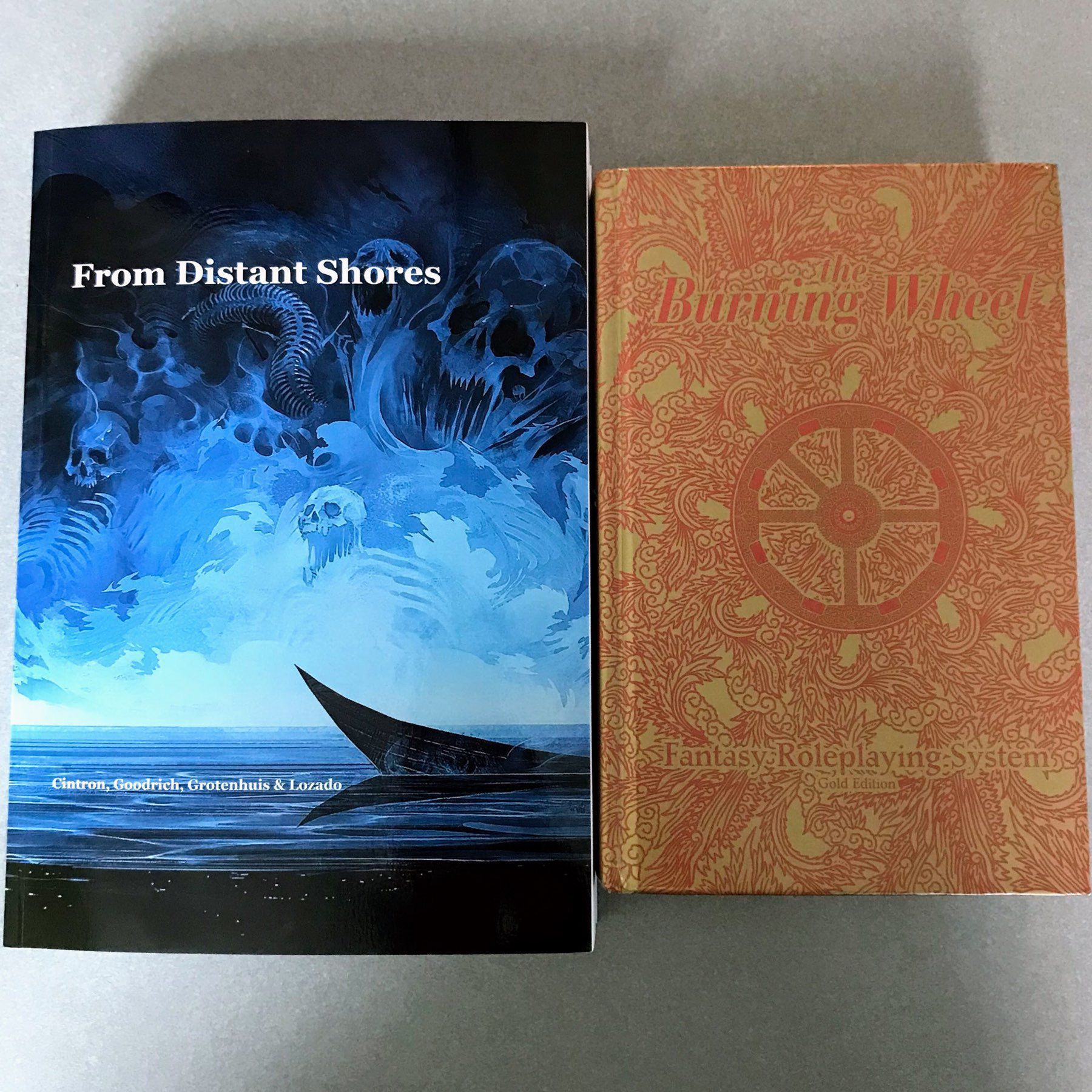 Inside, you’ll find a map of the Braemar Penninsula (courtesy of John Love) 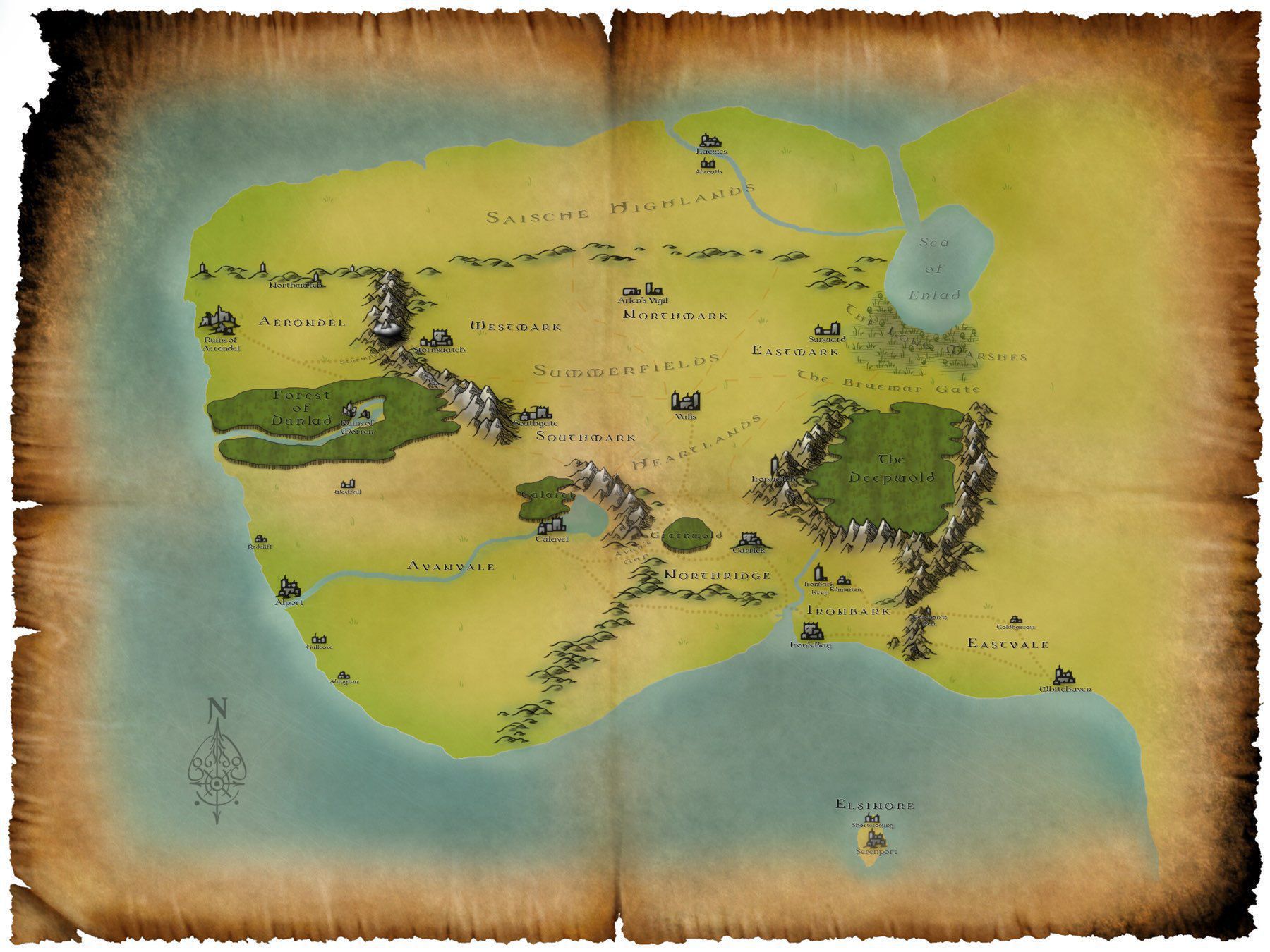 Also, a commissioned picture of the cast (from Marcin S), 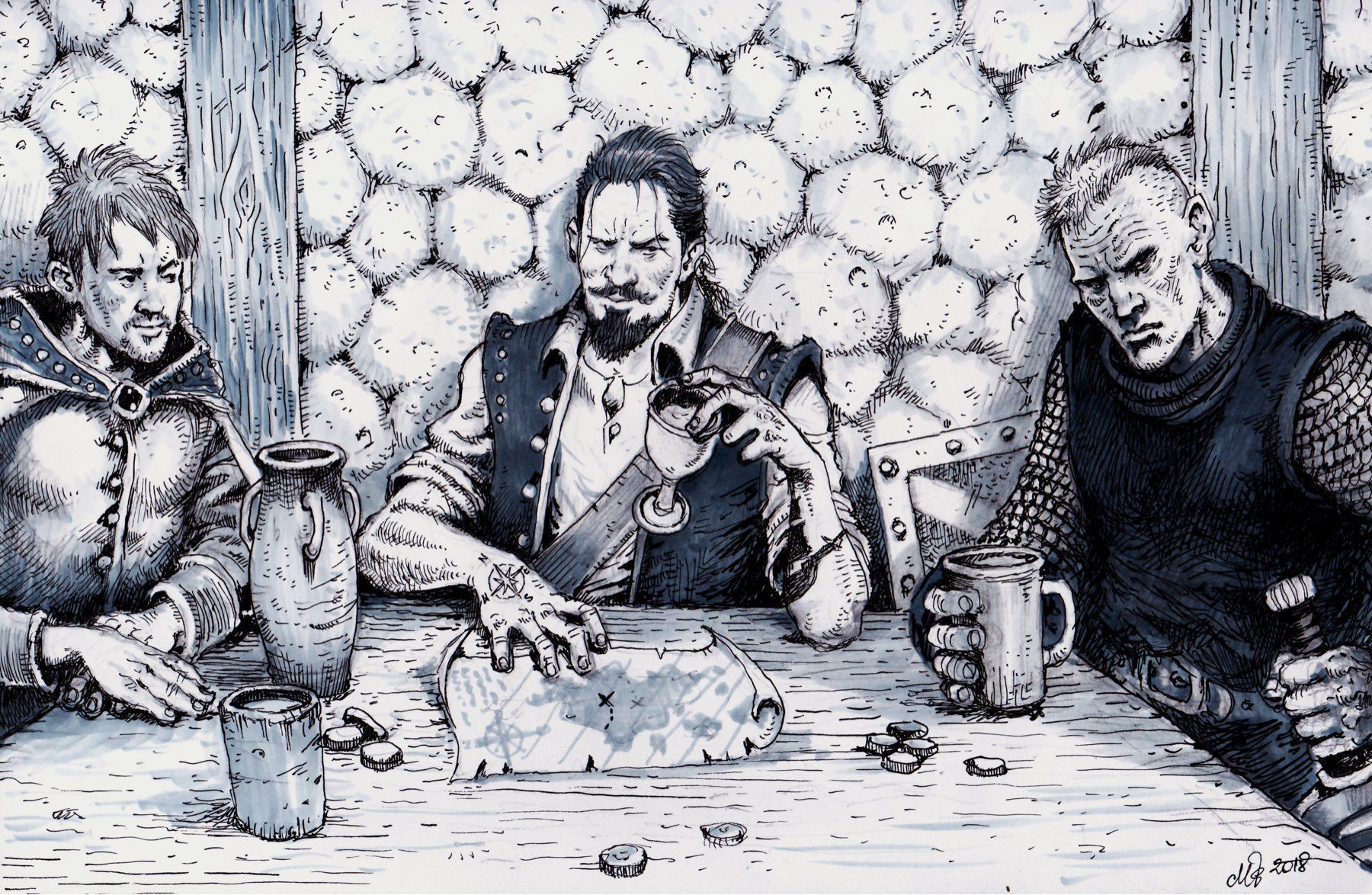 It even includes stylized starting and ending character descriptions & sheets.

As we start to go back through the fiction, it’s amazing to see how much foreshadowing there is about how the situation and the characters will turn out.

Because it was my character, I’ve included pictures of how Gyles started out. How he ended was an entirely different picture…. 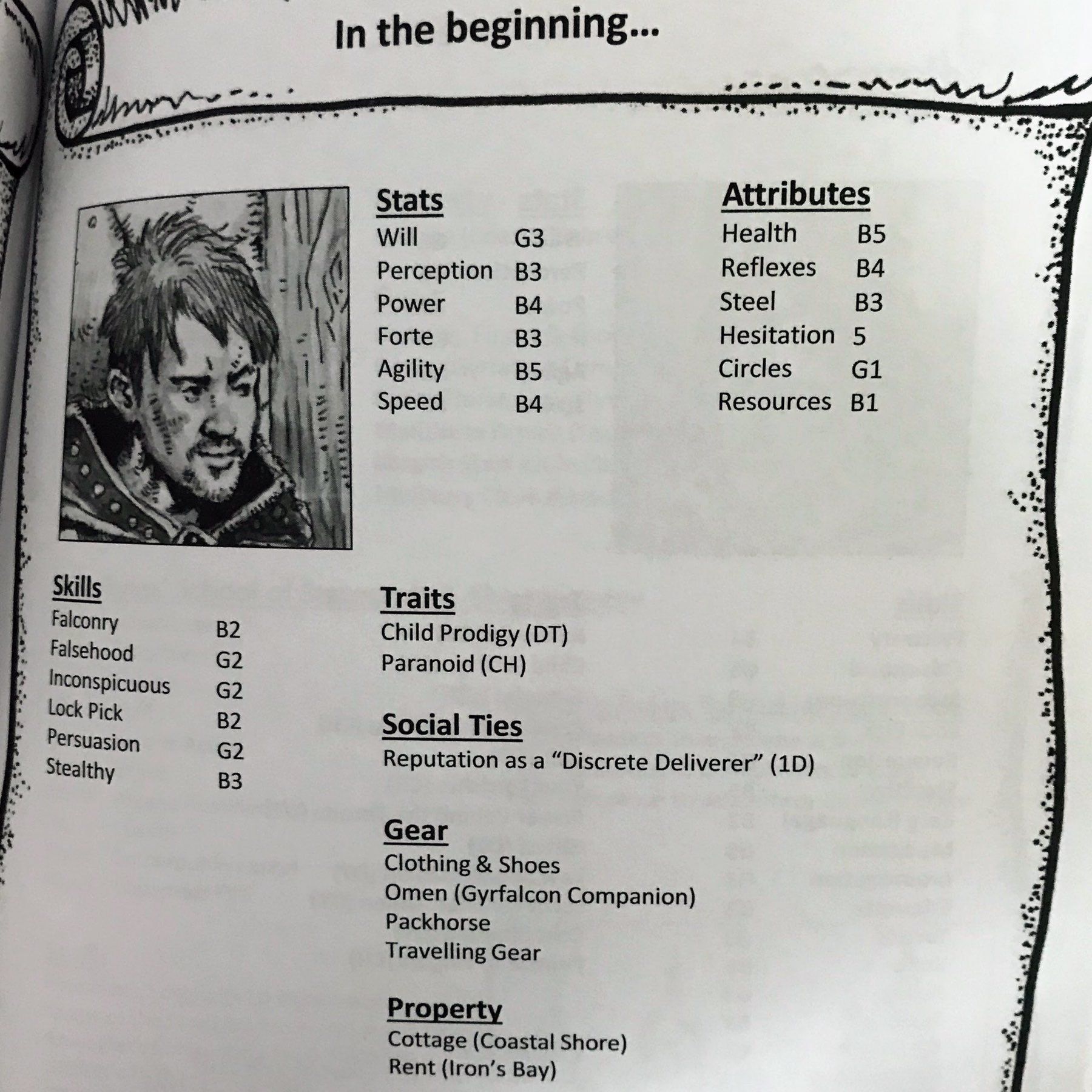 I am really excited about this book. Ask me anything!