I started GenCon off right by going to the gym before opening ceremonies! I am happy of myself!

When the expo hall opened, I made a straight line to the BWHQ booth, as has become my tradition:

Indie Press Revolution is always a good booth to check out physical RPG products. Bonus: they email you a copy of the digital book when you buy physical. I found some great stuff:

I also swung by Posthuman Studios, and picked up my Kickstarter version of Eclipse Phase 2nd Ed. As usual, these folks were really cool to chat with at the booth.

Our coupon book had a free copy of Dwar7s Duel so I had to grab that, because Dwarves. It looks to be a simpler version of Dwar7s Fall, maybe?

And finally, I couldn’t let a GenCon go buy without my customary Timid Monster. These are very cool and I have a little stand for them in my office.

After the expo hall, I enjoyed a hilarious game of Goblin Quest with Miles at Games on Demand, my favorite place to try cool RPGs.

Up next was the update panel from Burning Wheel Headquarters. We heard about what’s going on with the Burning Wheel universe. In summary:

Tonight, I’ll be joining a big game of Torchbearer that got coordinated via the Burning Wheel forums. 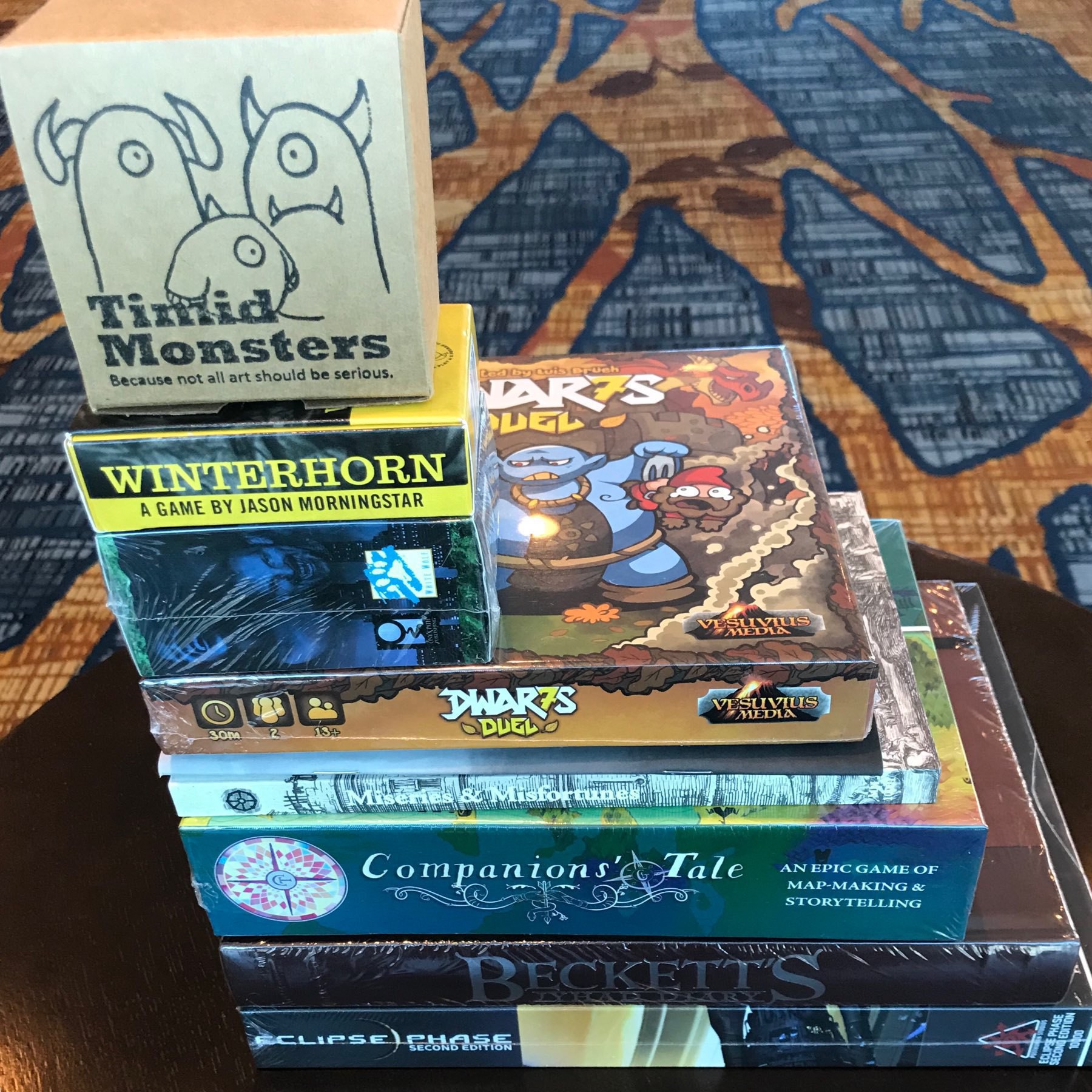