#DearKiddos: A Vaccine for Cruelty

I was reading this article today from the Economist: “No Vaccine for Cruelty” (image).

It’s about how people in political power have done nastier and nastier things during the COVID-19 crisis, and have largely gotten away with it.

The article says “no vaccine”, but I want to try to give you one, anyway. A vaccine is a medicine you take to make it so that you can get through it when a nasty infection comes your way. So let’s give this a shot.

First, by “authoritarian”, I mean someone who takes away power and choice from the people, and keeps that power with threats and violence. They’re sometimes called strongmen (and yes, they’re almost always men) or tyrants.

There’s a pretty well-know path to getting this kind of power. It goes basically like this:

Let’s break that down a bit, and talk about what we can do ahead of time to prevent getting sick from it (that’s the vaccine!).

As you can see from these short examples, the fear could be real, made up, or even caused by the strongman. The main point is that they want to increase fear, because fear makes us want to react. When we’re afraid, we want someone to do something, and they want to be the one to offer that something (see phase 3).

First, we can practice gratitude, thankfulness, and hope. One simple way to do this is to have a time each day where you think about what you are thankful for. You can even write this in a gratitude journal, or share what you are thankful for with friends, family, or church. For hope, we can build hope by being hope. When we work with others to give and receive help, we build hope for both us and them. We can feel the difference, imagine a better future, and trust in one another. Can you think of other ways you might practice gratitude, thankfulness, or hope?

Another way we can protect ourselves is to be thoughtful when people are trying to scare us. This is extra true in news and social media. Unfortunately, because most of the places we get our news are driven by advertising (sorry, that’s the topic for another post), they are likely to tell stories in a way that scare us, because it gets us to click, tune in, share, etc. So, our news does a lot of the work for the strongman. But we should still ask ourselves questions like:

There will always be some truly bad news, for sure. But with these types of questions, you can start getting your news from better sources, and you will more likely know when someone is trying to make up, exaggerate, or misuse bad news.

Blame someone for it

The next step of the strongman is to convince you that a person (example: their political opponent) or a group of people (example: a race, class, region, or religion) are to blame. Specifically, that they are to blame for the things that the strongman has been trying to scare you about. You might hear this called “scapegoating” or setting up a “fall guy”.

This is a powerful trick, because it gives scared people something to agree on, to join together in blaming. It’s a sad way to create fake togetherness. It’s “belonging” through a common enemy. (This is another reason that working together on hope was so important: it creates real unity instead of false unity.)

Now, it’s true that there may be someone or some people who are partially or wholly responsible for problems that you are experiencing (and it might even be the strongman himself, as we saw in phase 1!). But the strongman is not trying to truly diagnose the problem and work together on a solution. He’s trying to whip up anger, to create a mob, to create vigilantes, and/or to bring in his own forces.

One thing we can do ahead of time is to have met or know people that are different from us. We can live in neighborhoods where there are people with different backgrounds. We can go to schools where everybody doesn’t look like us. We can make friends with people with different experiences than us. When we travel, we can learn from and be respectful to the people that are local to the area. We can be part of groups and activities where we meet people who think or act differently. Here’s why: when you know people that are in the accused group, it’s hard for someone to convince you that they are the enemy, because you’ll be able to see that the lies and stereotypes aren’t true.

Also, along the lines of hope from phase 1, we can build teams, support, and organizations that serve people and solve problems. When we’re used to doing work to make the world a better place, we know that problem-solving is rarely an us-vs-them situation, it’s usually something where diversity actually helps in finding new solutions!

What other ideas do you have for protecting us against the hateful blame game?

Claim to be the savior

At this point, the cycle of blame and fear has ramped up, because the blaming has created more division and fueled fear further. Now the strongman makes the claim to be the savior. They tell you “look, I know what the problems are…I warned you about them” (back when they made people afraid) and “I know how to solve it…I told you who is at fault” (back when they blamed people). See what’s happening here?

They will tell you they are the only one smart enough to see it all, and strong enough to do something about it. They will often use the language of “law & order”, meaning that they will wield power, control, and even violence over the groups that they setup to take the blame.

If you’ve been following along, you’re probably noticing that the strongman isn’t really following tradition & law, and is actually creating disorder or at least adding to it. You’re right, the claim to “law & order” is a lie, but that doesn’t really register for the people who are already afraid and bought into the blame game. That means the best way to defend against phase 3 here is to defend against phase 1 and phase 2, as we discussed above.

That said, if you’re a person of faith (or even if you’re not!), you should be wary of anyone who claims they’re the only solution to your problems. It’s healthy to be a bit cautious (“skeptical”) of power, and one of the things we can do ahead of time is to build our organizations and institutions in ways where power is shared among more people.

Authoritarians are seizing more power around the world right now, and it will likely happen again in your lifetime. But when you and your community practice some of these defenses, you can help limit the times it will happen, and lessen the damage that comes when it does.

Very nice to meet you. Really excited about all the cool exercise stuff we’re doing. One request though:

Could you maybe not give me stand up reminders when we are in sleep mode? kthxbye

Even better we could come up with a new city name?

It’s not officially Autumn until you’ve listened to Opeth’s Blackwater Park straight through. 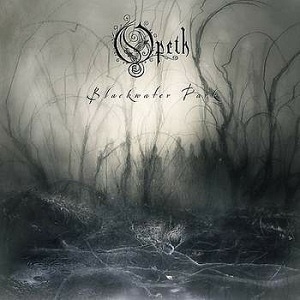 I think part of the joy of 🚲 is that it forces you to be mindful and present in the moment.

(Sadly this is because you are constantly aware of your surroundings to help ensure you don’t get murdert.)